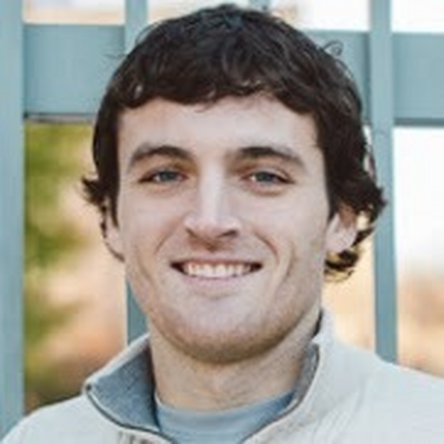 Everything was pretty easy, however my screen is now completely black. Makes chime when I turn it on. LED diagnostic lights 1-3 are on, but 4 is off. External monitor works fine, and I used this to set up the new SSD (evo 860) and install MacOS. One thing I noticed was the iMac seemed slower, not what I expected after adding a SSD.

Also after the hard drive replacement the fan was constantly on full blast. I downloaded Intel Power Gadget and confirmed my suspicion that my CPU was capped at 0.8 ghz, as opposed to the 2.7 it’s supposed to be.

I assume the display must have a thermal sensor and because there is no communication the fan speed and CPU throttling are occurring as a result of this?

I downloaded the Macs Fan Control app and all the reported temps are good and I can use the app to adjust the fan. I was hoping worst case scenario I could still use the Mac with an external display, but 0.8 ghz would drive me nuts.

I examined the logic board, cables, and connectors closely, and noticed the corner of the LVDS cable was slightly damaged. I purchased a replacement, but still no luck. The replacement cable could also be bad I suppose, but seems like wishful thinking.

Could the damaged cable have caused something else to short? Is there anyway to get around the throttling so I can use an external display?

Here is a picture of the damaged cable and my logic board. 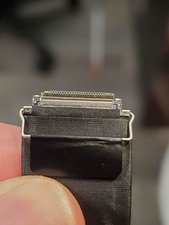 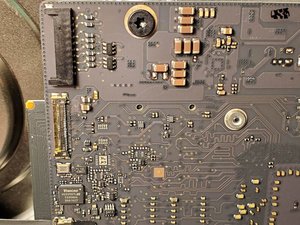 Lets see what the onboard diagnostics tells you (with the internal display reconnected & the external connected too) Press and hold the D key. Did you get an error?

Thank you very much for your response. This is what I got. I also should mention I have reset the SMC and PRAM a few times.

There may be an issue with the System Management Controller (SMC)

There may be an issue with the display.

Searching those codes, I found someone on here that had the same issue, but didn't seem to get it resolved - Display not working after SSD swap...VFD001 and PFM006, no LED 4.. It's weird how similar it is to mine, especially how they noticed the corner of the LVDS cable was messed up.

Sadly, you did some damage to the logic board. At this point you’ll need to bring your system to someone with micro-soldering skills and tools as well as has the needed parts to fix your logic board.

Thank you for all of your help! From what I gather, it seems common to blow the "L9100" near the LVDS port in this situation. Mine seems OK, but I noticed some discoloration in the area between the port and the inductors. I wasn’t sure if that was normal. I wanted to post a picture of my board in case anyone noticed something that looks out-of-place with it while I try to do some research in finding someone who can fix it. I will update my original post to add a board picture. Thanks again! - Cory