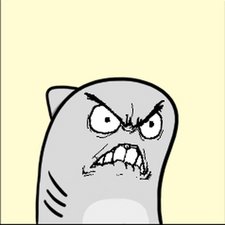 MBA won't boot while SSD is installed, after I remove it it boots.

I received a Macbook Air from a friend, it chimes, but nothing happens.

Another friend of mine who’s got more experience with Macs told me it could be the Logic Board instead of the SDD, before we go buying a new SSD is there any way to confirm if it’s the SSD?

And, no, I don’t have a caddy for these Mac SSD’s.

Do you have a UBS drive or a working external HD that you can try? It should boot with that. If not, probably is the SSD.

Was the other SSD that you tried have the right OS-X release your system needs?

Have had a few SSDs go bad in the past month on MBPros. Just a suggestion.

I agree with @macman67 - You need to try an external boot drive setup with MacOS (Sierra 10.12.x or older).

Hi, I don't have a working USB or HDD to run or install OSX atm.

That Macbook ais (mid 2013) should be compatible with every version of OSX from Mavericks to Big Sur.

I'll try and get a DMG for Mojave or Catalina to make a USB and boot with that one, but I guess I'll try Sierra too.

And the other SSD I tried is from a 2017 Macbook Air which had Mojave.

Edit: I forgot to add, yeah I've considered the SSD to be the "bad apple" but I was trying to confirm the machine works before going and buying one right away

Update, I connected a SATA mechanical drive via USB and I'm installing Mavericks (that's what the recovery mode had available) on it

I'll let y'all know how it went, like in 34 thousand years lol

HA! So your great, great, great ... grand son or daughter will have to pick up the baton!

The reason to work from Sierra was its newer and still used HFS+, High Sierra and newer uses APFS. That can complicate matters when a drive is replaced.

You may need to force a newer version How to reinstall macOS from macOS Recovery Using Shift Option, ⌘. and R keys. See if that works.

At this point you likely have a bad SSD.

Good News everyone, it's me from the future!

That aside, I remembered the 2017 Macbook air I had needed no backup, so I slapped that sad back on the machine and I was able to install and update it.

So it's only the sad that's broken.