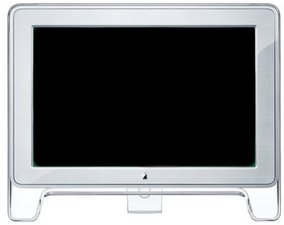 Display has vertical banding in the middle. 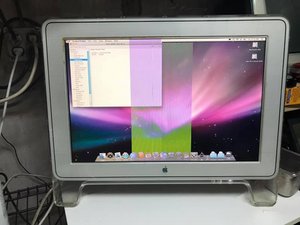 This free M8149 off the street on garbage day is having some issues.

I’ve got a few computers I was going to test this with.

Was able to boot it up with the Power Mac DPG5 7,2 2004 and it initially booted up clean, but after a few minutes which I assume the boards warmed up I got the vertical bands. I’ve been told after further research that this could be an issue with the TCON Board since it’s not horizontal lines.

The left center has vertical banding (alternating pinkish vertical line, vertical line no issue, and alternating back and forth). The right side appears to have the same thing, but at times will temporarily disappear and then reappear.

if this doesnt show any sign of improvement or show any change at all, it could possibly be the inverter, but not sure how these things are designed.

typically on a tv, the inverter gone bad would be limited to one side of the screen. yours is smack dab in the center indicating a display failure.