Repair guides and support for your LG TV. 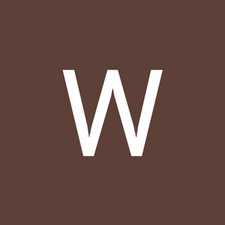 I'm trying to diagnosis and repair my sister's TV. I've already read about the common issue with this and other LG TVs - bad LED strips, but don't want to make any investments just yet.

A quick visual inspection of the power board and main board didn't turn up bulging or leaking, and I stumbled on a few (more like a lot) of posts about the LEDs. After taking it apart and checking all of the LEDs individually, I came across a single bad one, which in the cases that I've seen is enough to cause the issue of turning on and then off. However… In all of those cases, they get an LG logo before the TV shuts down. I don't get a logo, so I'm curious as to whether or not there might be another issue besides the one bad LED.

Surely, as in their cases, the LED would have to be replaced, so that investment could potentially be made - but I'd rather test anything else that I can to get a more accurate representation of the cost of repair and any other potential issues before doing that.

My biggest problem is that before both testing and installing a guitar input jack and testing the LEDs today, I have zero experience with a multimeter or soldering iron. I have no problem with learning more by doing things hands-on, but in this circumstance, with no background or knowledge in the subject, I don't really know where to start with testing the boards.

Any help with that would be appreciated.

Well William C you have one great thing going for you and that is will Factor of wanting to learn. On the ifixit website there are some videos basic starter about soldering and youtube has some great beginner information. Watch a lot of videos first and i would get some old electronic people through out to use as a test. Start with taking parts off and putting them back on.

Now with the TV get a multimeter tool put it on DC 20V. Remember all electronic opporater on DC voltage not AC. And test for power on all the boards. 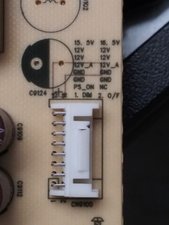 this image will help you find the power wires and rating they are. Use multimeter red on red black on black. Happy hunting.

William C before tearing it apart etc. while you turn the TV on, in a darkened room, shine a flashlight beam at an angle against the screen. See if you can make out shapes (LG symbol) etc. It is entirely possible that you have a bad backlight array., even so you read in other forums that you first see the LG symbol. Start with the simple test first, then move to the tougher ones.