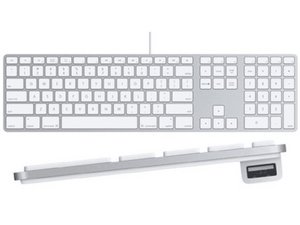 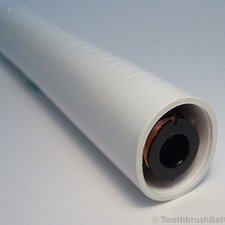 What to do when a rubber dome is broken off?

I mean the nipple-like part that I circled on this image (not mine, edited stock image) 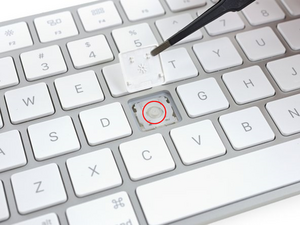 It seems that opening this keyboard and replacing the entire rubber layer is nearly impossible (all glued together). The only way I could think of is using some kind of glue to attach the nipple-like thing on the transparent film on which a spiral shape circuit is printed, but I am not sure if it would stick to it (because the bottom of the nipple-like thing is hollow). Throwing away the whole keyboard just because that small silicon nipple is broken off seems to be a waste of resources. What is the best way?

you would need a donor keyboard to remove the rubber part from it and glue it on your kb. I don’t know if this part is standard on other Apple keyboard like the macbooks ones. Or maybe try to apply a very small drop of hot glue on top of rubber nipple to recreate the dome.