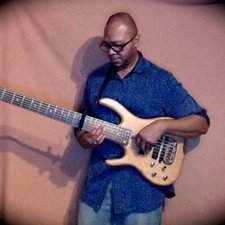 No going to computer .. completely dead

Upon booting up computer..no power

We need more information in order to help you.

You say "upon booting up..." so does than mean that it come on at first, boots up to the desktop and then shuts down? Or what?

brian kelley you do need to give us more information about what is actually going on with your computer. In the meantime check these things:

Start by checking your diagnostics LEDs. There are four built-in diagnostic LEDs on the logic board that can help troubleshoot the computer. LEDs are located on the front center of the logic board, above the IR board, to the left of the SMC reset button.

• Indicates that the trickle voltage from power supply has been detected by main logic board. This LED will turn ON when you connect the iMac to a working AC power source. The LED will remain ON as long as the computer is ON or asleep.

• When computer has been correctly shutdown, the LED#1 behavior may differ:

• - If a startup event is scheduled in System Preferences/Energy saver, LED#1 will stay ON after a correct shutdown,

• - If no startup event is scheduled in System Preferences/Energy saver, LED#1 will turn OFF and will stay OFF as long as AC cable is kept connected and AC power source is present. Disconnecting the AC cable and plugging it back will turn back this LED ON , even if computer is still off.

• Indicates that computer and video card are communicating. This LED will be ON when computer is communicating properly with video card. If LEDs 1 and 2 are ON and you heard the startup sound, but LED 3 is OFF, then the backup battery (on back of logic board) may need to be reseated, or the video card might be installed incorrectly or needs replacement.

• Indicates that computer and LCD panel are communicating. This LED will be ON when computer is turned on and video signal is being generated. If LED#4 is ON and there is no image on display, then the LCD panel, the LED backlight board, or the cables between LCD and logic board or backlight board might be installed incorrectly, or need replacement.

• First disconnect the AC cable from computer, then reconnect it to reset the LED status, in case computer was correctly shutdown and AC was kept connected since

If second LED is not visible when power button is pressed:

If third LED is not visible after power on:

• Verify if boot chime is present and fans are running when powered ON (reset SMC and PRAM, reseat or check backup battery if necessary for proper boot up):

If POST boot chime is not heard, go to Won’t Start Up symptom flow,

If POST boot chime is heard, go to No Video symptom flow.

If fourth LED is not visible after power on:

• Verify external video functionality, and according to result check the following items:

If external display works then verify/replace the LED backlight board

If external display works then verify/replace the LCD panel

If external display does not work verify/replace the logic board

• No image on external display

1. Power ON system. Verify if there is any indication that the system has powered up (fan rotation, hard drive or optical drive noise, backlight turns on).

Yes The system is powering up.

Go to Won’t Start Up.

3. Press power button while monitoring diagnostic LEDs. Verify if LED #2 turns ON and remains ON after releasing the power button. You may alternately check for a power request signal between pin 12 and pin 1 of logic board.

Yes Power supply functioning and logic board detects supply voltages and is powered on.

Go to Won’t Start Up.

4. Disconnect AC cable. Carefully inspect the connectors between AC inlet and power supply, then DC connectors and cables between power supply and logic board, for damage or poor connections.

5. Inspect power button and verify if it is properly connected to the logic board.

6. Disconnect power button from logic board. Inspect cable and connector for damage. Using a multimeter (set as ohmmeter), verify continuity between the two pins of the power button when it is pressed.

Yes Power button is functioning correctly. Reconnect power button to logic board and go to step 7.

7. Reconnect AC cable Press power button and Verify if system turns ON. You may alternately check for presence of a 12V DC signal between pin 11 and pin 1 of logic board when power button is pressed.

8. Press power button and verify if system turns ON.

9. Press power button and verify if system turns ON.

No Reinstall power supply and replace logic board.

Let us know what you find out and what your diagnostics LEDs are showing.