Problem: iPad Mini 2 just turns off seconds after turning on and then continues to reboot. At each alternate reboot the screen flashes red before shutting off and turning on again. Please see the short video. It shows me turning the iPad Mini 2 on and shows the iPad rebooting several times.

I am able to turn off the iPad Mini 2 by holding down the power button.

Context: I just replaced the battery of this Wi-Fi only iPad Mini 2.

Possible Useful Info: This iPad Mini 2 was repaired previously. When I opened it up the LCD Shield was bent and screws meant to hold down the LCD Shield actually went through the the metal LCD Shield.

When I received the iPad the battery was completely swollen and had lifted the front screen aka digitizer and did not turn on.

The owner of this iPad Mini 2 was not 100% sure it was a battery issue although seemed like the likely culprit.

My thanks to the iFixit community for your help. 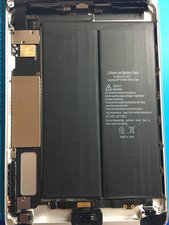 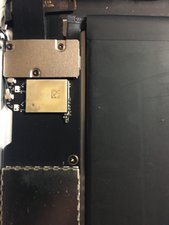 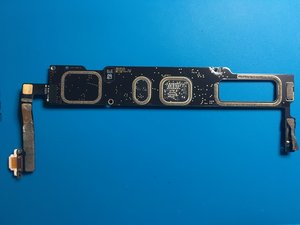 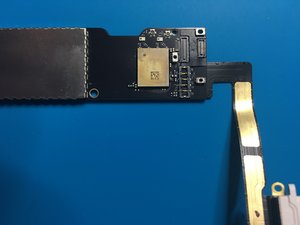 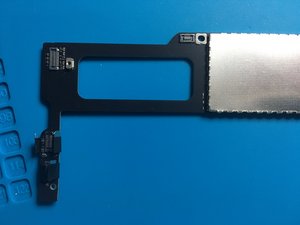 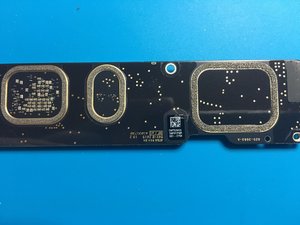 Roman has made an excellent suggestion but to me, the red flash is worrisome; this is usually associated with NAND issues. The NAND memory IC would have to be de-soldered, re-programmed and then reballed. Certainly not a DIY fix.

Would be willing to give it a try. Nothing to lose at this point and I might learn something regardless of outcome. I've uploaded pics of the logic board. Thank you for your response.

All the magic is occurring underneath the shiny shield.

Open the iPad and have a look around the battery connector, there should be tiny little components around it. If one of them is missing it would cause the iPad to reboot by itself. If the shields were off already it could mean that there’s more faults with it. Would help if you could post pictures of the motherboard

I've uploaded pics of the motherboard. Thanks for your helpful response. Hopefully this helps. Thank you for your input.