I’ve seen mixed responses on here already about this question so wanted to see if there was any further confirmation. As you’ll see In the screenshot I attached someone mentioned it’s possible if you make sure to switch the cables from each display to the new screen. Does anyone else have experience of this?

The question is more of which way things might work!

If you read the rest of the dialog Fitting 2015 4K screen into a 2017 4K system? You’ll see there is a difference in the ribbon cable connections! 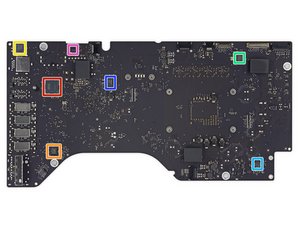 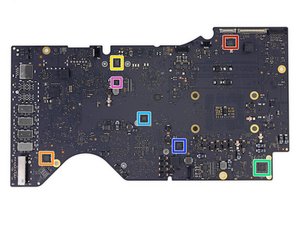 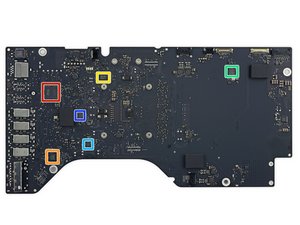 Note the size differences in the top right metal connector that’s the displays data connector. There is a big difference between the interfaces! eDP on the 2015 model and iDP on the 2017 4K displays.

Kaellis who jumped into the dialog I think was confused! What I’m suspecting happened is he got confused between the Retina Vs 4K displays as both the ‘15 & ‘17 series offered a Retina model which as it turns out use the same display (older eDP)!

So if you have a 4K display you need to replace it with the correct one!

Ok so if I’m reading into your answer correctly as you say the 2015 iMac and 2017 Retina models both use the same display. My 2015 iMac retina screen should work with my 2017 Retina iMac?

Assuming I switch the cables? So was Kaellis right on that they just worded it in a wrong way or something? Thanks

@olszha - NO! Thats not what I'm saying! To put it bluntly the two systems 4K displays are VERY different!

Think of it like vehicle fuel You wouldn't put gasoline into a truck which needs diesel would you or the other way around. This is true here!

Kaellis confused the issue! As he had a standard Retina model which uses the older display so that's why his worked! eDP - eDP Vs you are trying to do here which is iDP - eDP