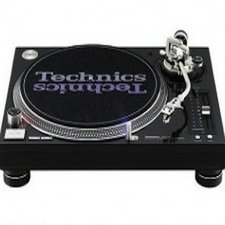 Unable to find driver for this platform?

I've owned this computer for over 3 years with 0 issues, and just recently received:

The computer will not boot, gives me the startup tone, then the apple, then this stack trace and error message on a gray screen.

I reformatted the drive, did a clean install of Snow Leopard (without the original install disk, as I didn't have one handy at the time). The computer worked rock solid for about a week then gave me the exact same error message.

It seems to me like a hardware issue, and I have noticed the headphone jack acting up here and there, cutting out when plugged in, removing volume control until fiddled with.. but unless something is electrically shorting out, it shouldn't cause anything of this nature right? I did remove an EFI program called rEFIt recently, though I did so on 2 machines running the same backup image and the other one (early 2011 mbp) has no issues at all so far. (fingers crossed)

Does anyone have an insight as to what this specific error message indicates? Thanks in advance!

Need to know your EXACT machine, please the last three figures of your serial number

Have you recently updated your EFI/firmware or similar? The ACPI deals with the EFI/firmware power management. Reset your SMC and see if that changes anything. Instructions for doing that are here.

I found a fix for your problem. You will need to rebuild the cache. Unfortunately that will require the install disk. You can read about how to do it here and here.

I did remove rEFIt recently. I followed the website's instructions for removal, and re-blessed the startup drive according to their procedure. I did the same on another machine (running the same image, my new computer) without issues so I didn't think that'd do it... though I definitely should have mentioned it in my original post.

So you didn't do a clean install you backed up a disk image on to the hard drive. Please tell me more about that image, what machine it came from and why rEFIt was installed on it? How is the hard drive in this partitioned?

The first time I received the error, it was on the backup image (which was once set up with boot camp and windows xp).

I then gave it a clean install of Snow Leopard from the install dvd, only to receive the error again a week later. There was no partitioning on the drive, just a plain 10.6.8 install, on which I loaded 3 or 4 of my digital audio workstations. I wasn't relying too heavily on it because I was afraid of exactly this.

I opened it up, cleaned out the fans, removed the optical drive that had been broken for months anyway, used the factory Penryn restore disks to return it to out-of-the-box condition (OSX 10.5.2 I believe), then flashed pram and smc. I just updated to 10.6.8 last night, but I'm not sure if the issue is dormant and waiting for another failure to pop up next time I'm performing live.

If it pops it's head back up format the hard drive using the zero out option from the disk utilities on the install disk. Then install your operating system

I reinstalled again and haven't had any issues since. I was told it might have something to do with mis-matched ram (I have it in 2gb/4gb configuration) but things have been stable since early November. I didn't have to rebuild the cache or zero out, but should the problem arise again I'll follow your advice.

Thanks for your help with this one!