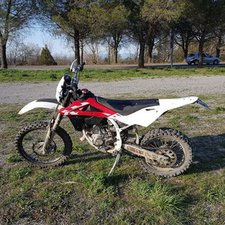 i’ve been experiencing a Wake-Sleep in EFI error every time my Mac went standby closing the lid. In other words after 1 min (approx.) it was rebooting on its own.

Recently I have changed the battery because the old one was 900 cycles old. It was doing great even tho I still didn’t manage to fix the Wake-Sleep problem. However one day it decided to die.

I had previously a problem to boot it , it wouldn’t boot if the charger was plugged and sometimes had to take the battery out to boot it and then plug it back to solve this problem.

Recently it decided to die definitely. I opened it entirely and cleaned the whole mobo. reassembled and still nothing. after many tries I managed to boot it by touching some parts of the motherboard but I assume its not related, it was booting but a dead battery icon with an (X) appeared. The Mac works very slow and struggles even if I attach back the battery.

Once again a new problem appeared, the Mac would not boot anymore even this way. The fans will go max speed after many tries to start it and it would start an endless boot loop.

Today after rebooting 3-4 times in this boot loop it woke up again !! ( Im writing this article on that same Mac). Its very strange , now I down have a battery logo and option at all!!

I have noticed that while I was plugging the power cable in ( the magsafe) a strange electric beeping noice appeared in the motherboard. when I try to start it the sound becomes faster and faster like a car that is revving up - but at the end it wouldn’t boot. It would boot only when there’s no electric beeping sound , so after plugging and unplugging the power cable many times until it works.

I have red on internet that a possible cause to this mess is a broken component of the motherboard that controls the power supply of battery and plug to the motherboard.

Any idea how to solve this mess , or if its fixable ??? Could this be related to a software issue or its hardware ( i’m uncertain because the Mac managed to boot at the end and works until I turn it off )???

Time to run the onboard diagnostics to narrow down things. Restart your system pressing the D key. Let us know what the errors you got.

"The battery was not detected."

only this error code

Sounds like you need a new battery again! Or you got a bad one. Is the battery still covered under warranty? If it is I would contact them for a replacement.

I’m not sure it’s the battery , the Mac behaves very strange even without it. It should boot with battery disconnected but it won’t. When I manage to start it it does max fan and never ends the loading in loop. No battery logo at all if it manages to boot. I’m afraid it has some logic board failure

The wires inside the cord could be shorting out. I would stop using it and get a new one. Make sure you get a REAL Apple unit Most of the ones sold on Amazon and eBay are knockoffs which will damage your system!

● Don't Replace Your MacBook Charger With a Cheap Knockoff