My Camera and type cover not working Surface pro 4

I got a case of camera not working on surface pro 4 device. It happened after I replaced the digitizer screen. 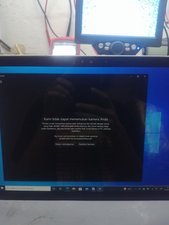 At first it was always flickering, so I replaced the lcd, then after replacing it I found a case whose cover type couldn't be installed, then added a camera that didn't work by displaying the error code "0xA00F4244", I've been trying for a few days by following the instructions circulating on Internet. But did not find a solution.

while I was repairing, there was a small "tick tick tick" sound on the logic board. Not sure where it's coming from, but heard in the block area leading to the camera socket. 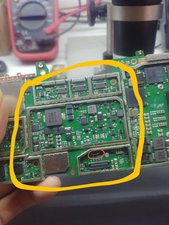 Is there a solution here?