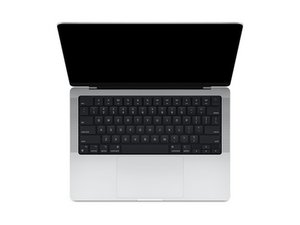 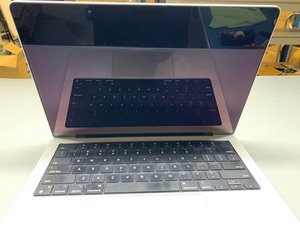 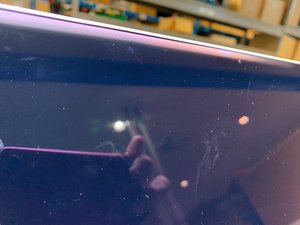 My MacBook started to freeze multiple times, on mundane tasks after installing macos13 beta 2, and yes its a development machine to install this beta, so that's ok apple says.

I tried rebooting a bunch of times and after several goes I gave up and thought to try a little while later. When I retried the screen had lost mist of its power and you could see the login section, barely. And I noticed a strange section on the screen near the camera where colour was coming appearing, only when the screen was on. I called apple and explained to them and they said to take it to where I bought who then courier it to a service store - I live in remote New Zealand no apple stores here!!! There was no scratches on the screen and the photos make it look worse than it is.

The service guys said it had incurred customer induced damage – Impact/pressure damage, and I thought, how, it had been on the desk the whole time and had been running fine, apart from the crashes, which I thought was a software conflict.

Any ideas on this as I find it very odd to have this occur, as there's no on screen damage, like you would expect on the front to back of the Mac?

Apple said they would replace it as they take the service guys word over mine, and they would need to see it in there store or get another service team to look at it which am doing.

If there is hardware damage, there is no point doubting it, the screen did crack, didn't it?

no, the screen has no damage

@orbital_praline Then I'm not what you are trying to say. You need to work on your writing and photo skills. The spider web pattern I see in your photo is clearly damage.

@orbital_praline @tomchai - Screen scratches like these are troubling but its hard to tell us the screen got damaged internally.

Something sitting in-between the keyboard and display when the lid was closed that have a staple or paperclip could explain the scratches. Then it's a matter of how much pressure and thickness.

The second image does show spidering implying it got pressed on hard enough, so it likely does need a new display assembly.

coolio, am waiting for Mac to return then will reset it and hook it up to an external display and then plan out my next move.

Sure! In a fit of rage you carefully placed the system on the floor and told your pet tea cup poodle to jump up and down on it. You then posted it on Tick Tok where the service guy saw it! Am I even close!

Apple doesn't pay authorized service providers much for them to test the system or even to ship the system into the repair depot. So I often hear of folks like you that either are in remote places not being taken care of as these service people really don't get the gear to come through to learn and Apple is not known to do a very good job in their service training other than online and only the basics.

Time to ship it out to Apple's repair depot. Have them ship the needed packaging to you and hope they don't assume the repair record the service guy who told you it was your fault.

While the tea has already spilled here... I try not to run alpha/beta stuff on systems which don't have removable drives internally. Or I setup the system so an external drive is the boot drive by altering the security settings within the systems firmware to allow this and then use the external for alpha/beta OS or even apps (making sure not to mess-up the internal drives OS).

Here's a good reference for M1/M2 SoC systems: Use macOS Recovery on a Mac with Apple silicon Jump down to Change the security policy on how to alter things.

Lastly, I do recommend getting AppleCare+ service contract on your testing gear to cover your A when you deal with early code.

hahaha... no poodle, but a 2 year old, so maybe close, depends how you interpret it.

All goods point and I agree, and am speaking with apple as what I asked the service shop to look at, they actually didn't, they only focused on the display, and didn't resolve the crashing issue I have a couple more options and will get another service team to look at it.

I had installed macos13 on another Mac first on a seperate drive and then I thought it was ok, and once the second beta was out I thought it looked more stable time to test it on the MacBook Pro.