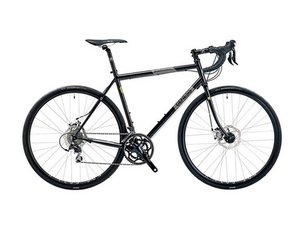 Why does my bike change gears at random?

When riding my bike I have to constantly keep pressure on the shift trigger to keep my rear gears from switching. If I try to ride it normally without having my hand on the shifter then it will change gear at random, more often so when I pedal harder. This is a bit of a bother and is unpleasant while riding. I have tried to adjust the shifter cables and adjustment screws but to no avail. Any suggestions or thoughts would be of great help :)

What you are describing is called "ghost shifting." And it is annoying. If you have the rear derailleur adjusted properly, perhaps you have a bent derailleur.

Or it may be that it is hung improperly and out of adjustment or incompatible with your rear cassette.

Another cause is worn out parts, both the chain and the rear cassette.

Good luck with this repair.

+ Besides all the wonderful information given by 040304, I've experienced this from the chain links sticking together in a group and choosing their own path. I've also had using the wrong oil on the chain cause the fore mentioned.

Thanks 040304, after watching the video on adjusting the derailleur I noticed that I was adjusting mine incorrectly and after a couple minutes of re-adjusting my bike now shifts better than when I purchased it. Thanks for the help :)

There can be many causes for this to happen including those mentioned in the earlier response and the rear wheel not being mounted straight in the frame.

In your case based on what you have said about having to hold the shifter lever to keep it from moving,

I think maybe the problem is with your shifter lever itself. The derailleur is spring loaded and when no tension is applied via the cable, it will move the chain unto the largest sprocket on the rear wheel, the one closest to the spokes. Older shifter levers were friction mounted, but newer ones have a ratcheting mechanism to prevent the lever from moving when you are on a sprocket other than the largest one. It sounds like you need to adjust, tighten or replace the shifter lever mechanism.

As mention earlier, chains do stretch out as they wear, which means they no longer mesh perfectly with the teeth on the sprockets. Besides allowing the chain to slip off the sprockets easier, a stretched chain also causes premature wear of the teeth on the sprockets, giving them a more pointed appearance. A chain gauge tool can be used to see if your chain is stretched. Conversely, if you put on a new chain but your sprockets are worn down, then your new chain will stretch prematurely & probably still slip off the sprocket when you pedal hard. Chains that are worn should be replaced, preferably before it breaks and you are miles from nowhere. Carrying a small "master" chain link in your patch kit can usually hold your broken chain together until you get a new one.

This is a common problem with rear derailleurs.

Make sure that your derailleur sprockets are in the same plane with the chain rings at each and every gear.

If you still have problems even if you have correct alignments,

I have been having a similar problem of ghost shifting on my full suspension mountain bike. This first started after breaking my chain on a ride. When I replaced the chain, I also decided to replace my rear derailleur cables and their sleeves. After noticing the symptoms I ended up replacing the rear cassette based on advice from a bike shop. Following that with no luck, it became very frustrating and I started to think about the exact circumstances when it would ghost shift:

- Only when on the bike, and not while on the tuning stand.

- Only after putting a big load on the peddles or when going over a big bump.

Then it dawned on me that perhaps it was connected the movement of the rear suspension on the bike.

I then looked at the derailleur cable sleeve that runs underneath the bike and noticed that when I was standing on the bike, the sleeve which normally has some slack, gets tight against the frame due to the travel of the rear suspension while weighted. I then replaced the cable sleeve with a new segment with an additional 1" of length. After this, the sleeve no longer pinches against the frame, and the ghost shifting problem has gone away!

I question the point of changing the cassette when changing the chain, unless the teeth were visibly worn. Glad you figured out the problem was with the cable housing. A fairly inexpensive repair.