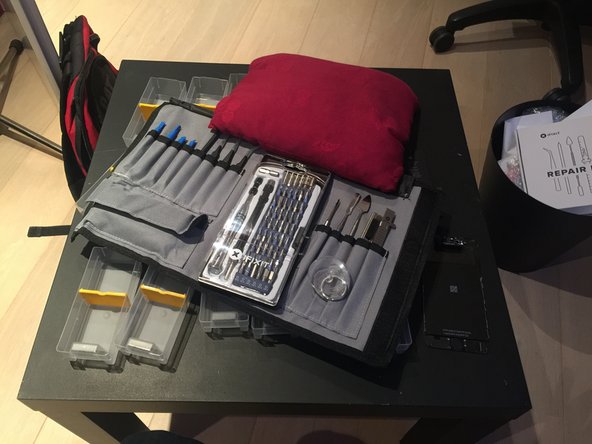 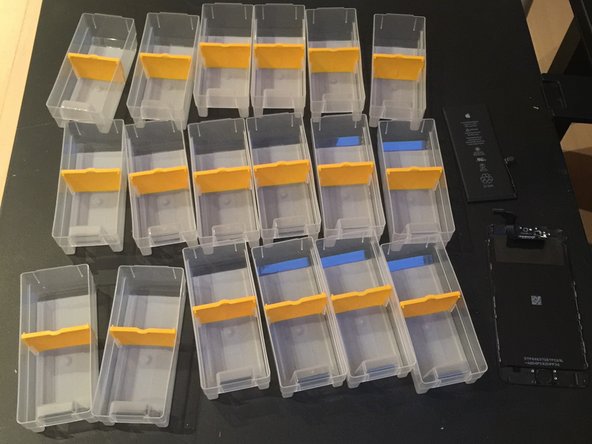 My power button was not completely recovering to it's normal position after pushing it, it felt loose and made slight clicking sounds when touched. I was not sure if it was just the button that needed replacement or also the power button cable to which the actual push switch is attached, so I decided to replace them both.

As I was going to have to take the complete phone apart for the power button I decided to throw in a new battery as well. After 2 years of intensive use I started to notice the battery life was deteriorating anyway.

Last but not least the front panel was damaged. It had small scatters on the bottom and on new years eve last year some sparkles from a sparkler had burned a few tiny holes in the cover, so a new cover it is.

I must say my endeavour was ambitious to say the least, but with the guides online and the tool kit I bought earlier from iFixit all went well, everything still works and never during the process did I feel nervous or did I break anything. My iPhone 6 plus looks like new!!!

Tricky parts are opening the phone using just the suction cup, although I think buying a tool like the iSlack just to open the phone is overkill, even if you're doing repairs regularly.

Tearing the adhesive strips from under the battery is also tricky, but if you do just like described it's fine.

Getting all the parts from the front panel and reinstalling them on the new one was tricky as wel, but the photo's really did help. Just opening them in full size, full screen gives more than enough detailed information to help you position things the way they should...

In stead of the iOpener to heat the front panel to be able to peel the home button socket of I used one of those cushions you kan put in the micro-wave. Worked like charm.

To plug connectors back in their appropriate sockets just use your fingers. You'll feel a distinctive 'click' and you'll know it's in place.

I used those little plastic drawers from a rack to store al kinds of hardware to store parts that I disassembled. I tagged them with little post-its. 30 something were needed for the whole overhaul. :)

I love repair stories with happy endings, thanks for sharing!