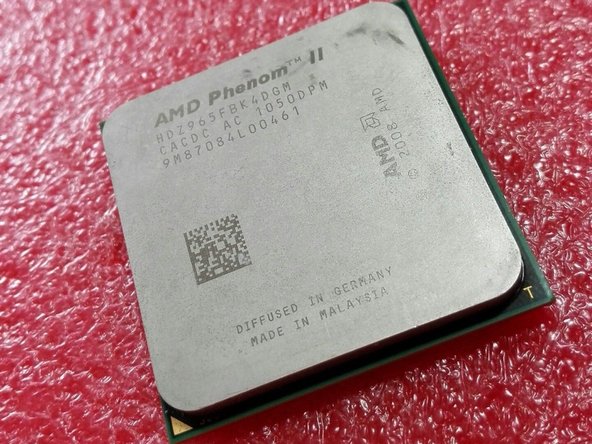 My wife's PC that we use for VR had a quad core Phenom running at 2.4ghz. Many games, regular and VR would lag or take forever to load, even with a GTX 970 in the system. (Yes I know... but this is a spare parts machine that I've spent only the cost of the HDD and GPU on so far.)

I received the cpu promptly. This chip, a used Phenom II at 3.2ghz did have a couple of bent pins, which may have been my fault. I think I pushed a little harder than needed when I first tried to install it. Zero insertion force, means zero!

I bent them gently back, put it in the socket, reinstalled the heat-sink with a pea of thermal paste and the system booted right up. I did make sure I updated the motherboard bios before the install.

Cinebench went from 212 to 282, yes she's not going to be rendering stuff anyway, but it's not insignificant.

I fired up some games, regular and VR and everything was loading and running a lot better! Horray! + .8ghz per core is actually quite a bit. I hope to get a little more life out of this system before upgrading it. I may get a better CPU cooler and try a little overclocking.

If you're upgrading from a Phenom to Phenom II chip (or any CPU upgrade for that matter) make sure your bios is updated. Be careful with the CPU pins, and don't rush.

Make sure, DOUBLE check that the new chip is supported by the CPU socket. I upgraded from a 95W chip to a 125W chip and it seems to be fine, but your mileage may vary.

Also even though the Phenom II is an older chip the system still runs very well. Don't underestimate older silicon.