Making a broken IPad 2 into a great deal! 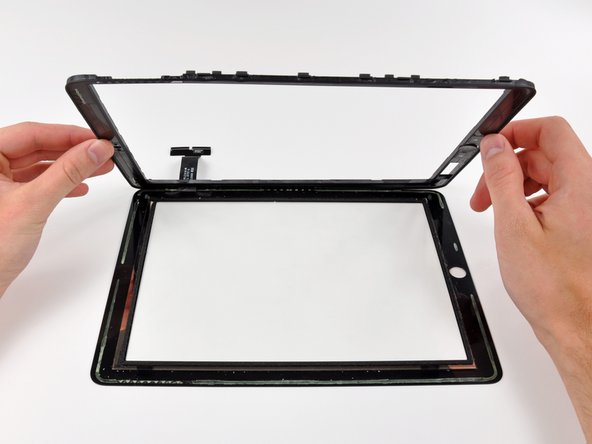 Well I bought a 32 gb wifi iPad 2 which had been dropped and busted the glass screen for 160 dollars. Only thing wrong was the glass display and a small dent by the volume button.

Terrible, anyone that says repairing an iPad with an already busted screen is high on life or something else. Broken shards everywhere! Had the glass been whole it would have just popped off in one fell swoop, but instead I had to keep reheating the glass and just scraping little pieces of glass and glue. After you get the glass off and the body cleaned up it's pretty straight forward....somewhat. When you transfer the home button there's no alignment marks to show you where you position the "bridge" that rests over the back...also adhesive for it wasn't included (but I did buy the front glass from another site so...), same goes for the camera plate that rests on top of the front facing camera, because I didn't put any new adhesive on it I believe it is the source of the small click that emanates from the top of the iPad. Some other little hassles but nothing an ounce of common sense doesn't overcome.

Don't drink caffeine before doing this because the wifi ant. screws are really tiny, actually all the screws are really tiny and they love to get lost in carpeting. The little plastic lifter tools are not good for really "wrenching" on the glass because then they lose their sharp edge and then it becomes difficult later on to pop the lock tabs that hold the circuit ribbon in. Don't waste your time trying to tetris your way through the adhesive strips, they don't fit like they're cut right (maybe they are, I'm not good at tetris) I do know that the section for around the home button doesn't fit and around the camera one end is too short and doesn't make it to the corner. I just ended up cutting additional "helper" pieces for the gaps. The suction cup doesn't work if your screen has cracks...obviously. Don't freak out about the plastic trim piece around the outside of the glass, I forgot to order it. It doesn't ever come off the body when you remove the glass. Also the iPad body doesn't "un-dent" it just breaks off....so now I have a brand new looking iPad with a knick in it now.