Audio down button not responding 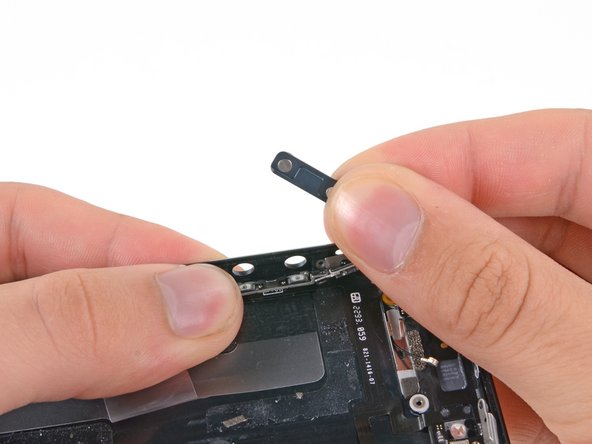 First it looked like it was a tweak problem.

After installing a audio tweak only the up button was responding.

but after de installing and checking on the internet it seems clear that the audio control button itself was broke.

The button was also not making the same sound as the up button when you press it, also pressing feels different.

So I searched the net and found FIXIT.

First there was some misunderstanding with them that they could not ship to Curacao but after it was clear that we do not have zip codes in our Islands the order was shipped, within 5 days I had it here...FAST! Many thx for you support and your nice manuals GREAT

As electronic developer/installer/repair guy it was easy to install according your manuals.

What could be on option, and that is what I always do when I have to demount a lot of screws: I just print a A3 or A4 paper with square blocks and numbers. when I take out some screws I put this in step one. the next screws I place between the lines at step two etc.

Or what I did in this case, I just printed out the pictures in small format and placed the screws on the top of the drawing where I took them out.

Very easy, you never put the wrong screw on the wrong location.