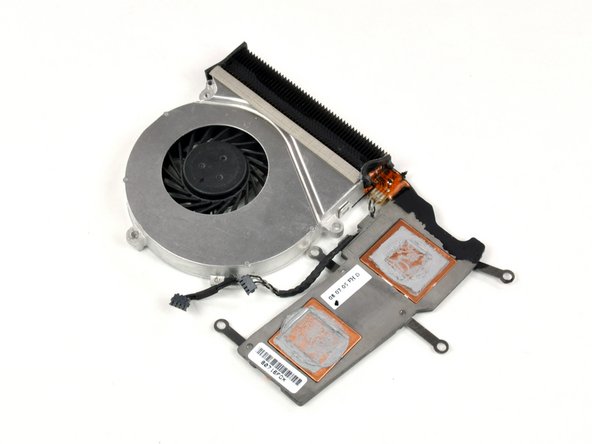 How to Apply Thermal Paste

So, my original MacBook Air's fan started making a *horrible* very, un-Apple-like screeching sound. I added some lubrication and that helped a little, but in the end it appeared the fan unit itself had just worn out after working at thousands of RPMs for many hours thru the years.

The repair took about 3x as long as I expected, 3 hrs total. This was primarily caused by the SDD's zero-insertion-force cable becoming de-inserted with almost zero force! Naturally, this prevented proper bootup and I was forced to assemble and de-assembled 3 times just to get the freakin' cable to seat properly when re-connecting everything.

Because the ZIF cable routes over the fan, and also because of the very tight tolerances within a MacBook Air, any thickness differences between the fan units (as mine had, the replacement being perhaps a millimeter or so thicker) can cause issues with the boot disk becoming unrecognizable when you try to bring your repaired machine back online.

Also, even though I'm loathe to end up w/ spare parts after my work, in this case I found the little "cosmetic covers" rather silly, as they cover up just 2 of the 20 or so screws. I'm all for making things look as good on the inside as the outside, but adding a cover in this situation seemed like the wrong choice. Glad to leave them off and have noticed no ill effects without them. Technically, it's even lighter! ;-)