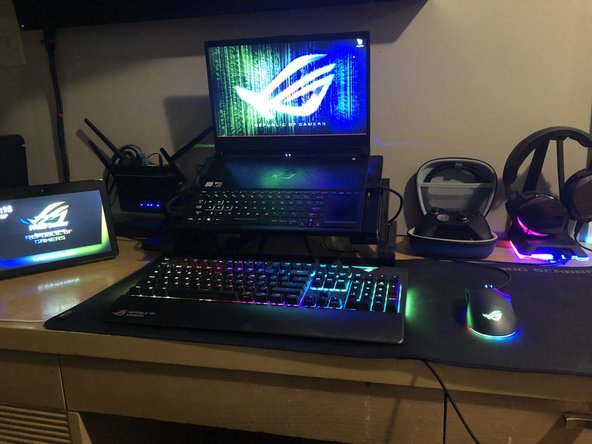 This is a very simple Teardown/Repair/ Upgrade, whatever you want to call it. But for the people who are new to repair like me, I'm going to break it down like Barney The Purple Dinosaur was teaching it to kindergardners. I'm doing this on the GX531GS but the disassembly is very similar on all of the Asus Zephyrus gaming laptops with the forward placed keyboard.

What about the software on the old drive, operating system and all? How to clone the m.2 drive?

I used an external m.2 enclosure like the one I’ll link below and the free maxium reflect software to clone my existing drive. Once the swap is completed you can use the enclosure with your old ssd as an external drive if you want. https://www.amazon.com/Sabrent-NGFF-Alum...

The product on that link has changed but I would use the $50 one depending on the SSD you buy.

Thank you! It worked for me