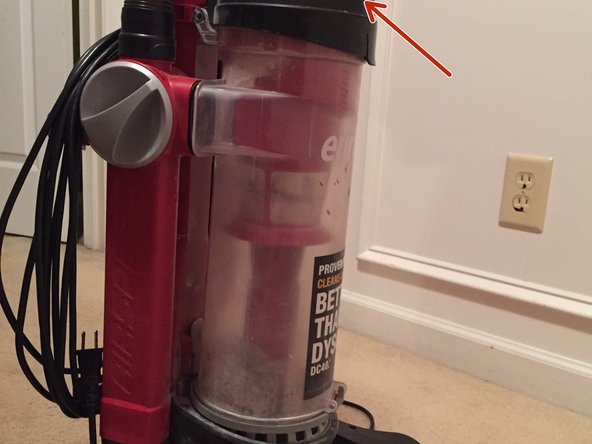 I could not get the vacuum to power on. The guide will explain how I disassembled the vacuum and repaired the power switch. I do not recommend repairing the power switch unless you are trained and qualified to repair 120VAC electrical appliances.

To reassemble the vacuum, follow these instructions in reverse order.

To reassemble the vacuum, follow these instructions in reverse order.

This was an excellent presentation. It would have taken a lot of time to figure out how to do this without this guide. Everything came apart as shown and went back together with no problem. Thanks for taking the time to make this.

Thank you Paul. This was my first such guide and I hope to publish more. I'm glad to have been helpful and appreciate the acknowledgement. Take care.

anyone know if the power cord uses the two or three wire cord plug??

Awesome post with great instructions and illustrative photos. Thank you. I had disassembled this unit to the point of the wheel housing and like you could not find any more fasteners. Following your lead I was able to finagle the motor housing rotation position and the wheel housing to get the tabs aligned with the slots and spread the wheel housing to clear the motor housing. For my unit, the switch was not making contact and I found a fair amount of oxides on the switch contacts. Cleaning the oxides off restored continuity to the switch. I did not need to bend the armature of the switch (see-saw if you will). Even though it is working fine now, I will order a replacement switch to make sure this one will never fail again. ;-)

Thank you williamsjond I’m glad I could help!