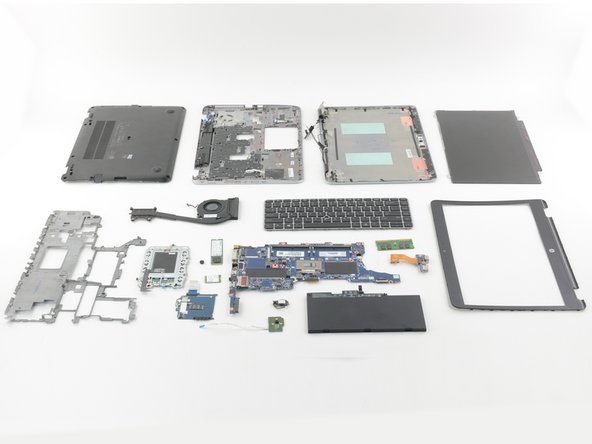 The HP EliteBook 840 G3 received a 10 out of 10 on our repairability scale, for all of its components are modular and accessible. Big positives include that its battery, RAM, and SSD are all accessible and removable, and the display is very easy to replace if broken.

i “am blessed with a  few laptop”s , that  the internet connection , isn”t ! working with wifi etc…i still have hope for…them that “i” can fix  them, , now i”am  just  checking-in on a hp touchtab [ the dis contenued one2011 ? not sure  now  i see how great !! you did on this laptop humm ,i just got inspiration ! to go foe-it! good job , god bless you & yours

Hloo sir my hp630 has some problem ,when I start the button the power button lights and caps lock lights are on and the fan starts but the screen remain black nothing appear on it and after 15-20sec it shut down automatically what will the problem

Hello sir ,im beging you to give me a hand over here . my hp elitebook G3 840 has fall in the water so now the motherboard is oxidized and i want to know if it is possible to chnage it or not , and if it s possible , should i use any motherboard or there is a specific one i should buy .thank you for your answer in advance

Use soap water n wash the motherboard using wall paint brush dry it for a whole in the sun. Always works for me.

Am a laptop technician here in Kenya