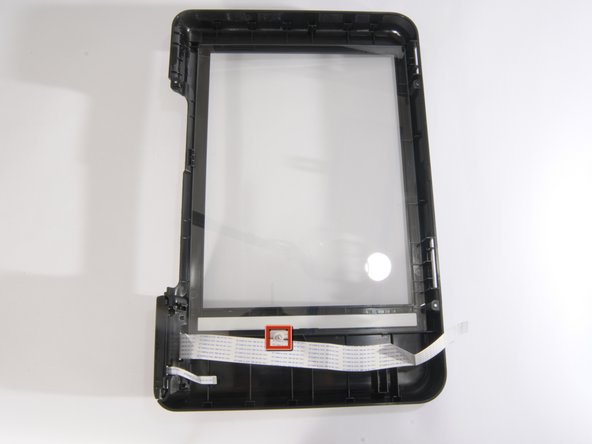 It is suggested to attempt this guide with 2 or more people.

Very helpful guide, the scanner glass was dirty from inside, so the guide was able to give me clear instructions how to proceed with the openning. Thanks!

Very helpful in most ways. I needed to clean the inside of the glass because the ribbon cable was leaving a discoloration when traveling and showed up on my scanned documents. I actually did this solo and was fine until reassemble faze when the actual scanner bar would not stay in place to reassemble the two parts. I finally got it back together after much profanity and no small amount of patients. The next dilemma was the reassembly of top to bottom which was easily fixed with a small piece of duct tape holding The right side in place while reconnecting the two ribbon cables and the power connector. All is back together and working fine. My thanx to my God and to you for a successful fix.

I found that it was actually a T10 bit on mine as well and found when removing the 3 screws shown in red a 2” bit works best but with the one marked in orange under the power button a 1” if placed in the screw first then pulled forward slightly I was able to use a 1/4” drive screwdriver on a slight angle which made it much faster to remove that one screw. That being said, still a very helpful fix to a problem that was really frustrating me as I kept cleaning the top of the glass until I realized the problem was on the underside.

As an after thought, if it were me I would have designed the scanner portion so that less effort would be needed to clean both sides of the glass like screws or clips that can be accessed just by lifting the door on the top.

These instructions are very good and I was able to do this with my husbands help. With one except it doesn’t mention if the new scanner glass has a right side or a wrong side to it. Does it matter at all which side goes up and which side goes down?