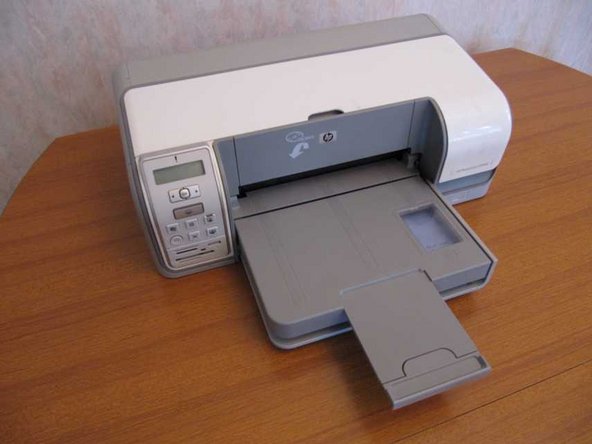 The cover-open sensor is operated by a linkage which has a tendency to stick. Slamming the lid often works in mild cases but partial disassembly will give you access to the mechanism for cleaning and lubrication.

If the printer is completely dead or won't stay online there may be a fault on the main logic board, such as a failing or failed electrolytic capacitor in the power supply section. This can be replaced, though the very fine tracks on the logic board mean that care is required in unsoldering a failed part and fitting a replacement.

You will most likely get ink on your fingers and so old clothes may be advisable. Also, small pieces of inky absorbent material can fall out as you tip the printer up, which you certainly wouldn't want to tread into the carpet!

All screws are Torx T10. Before starting, ensure you have a suitable screwdriver.