How to Disassemble an iDog MP3 toy 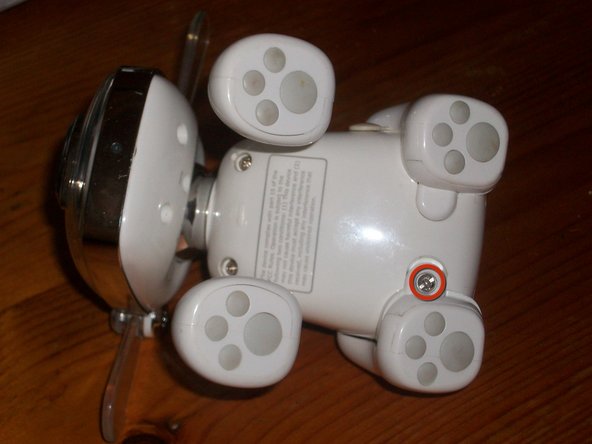 Before attempting to repair this toy you need to consider that the manufacturer has glued a cover over a screw. To remove this will leave a broken part (which you can glue on later) and that tool marks may remain visible (can mostly be smoothed back down with a warmed metal spatula/rod)

I struggled to remove the back cover to clean the battery corrosion off. So, I had an amazing idea. Q-tips and vinegar! I dipped a q-tip in vinager and reaches it down to the bottom of the compartment, cleaning it thoroughly. I dryed it with dry q-tips and small paper towel pieces. I placed new batteries inside and it worked again!