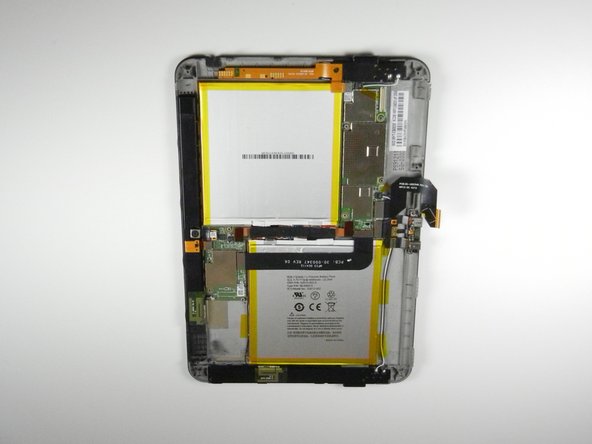 Use this guide to remove the battery from the back of the Kindle Fire HD 8.9".

Great guide. Easy to follow! Step 1 was the hardest step. I had so much trouble getting the device open.

Holy heck was that a pain in the ass, but it seems to have worked. Thanks for the info.

Can anyone help me? I have replaced the battery twice and also replaced the charging port and it is not holding a charge /won't charge! Any suggestions?