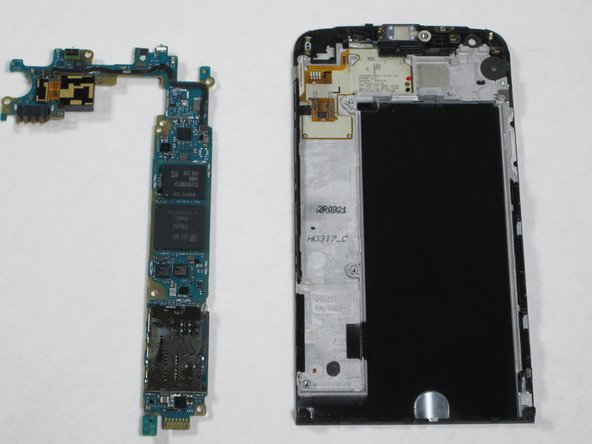 I just did a screen replacement following this guide. The #000 phillips fit a lot better than the #00, but otherwise this guide was great. It took about 15 minutes to do from start to finish and I'd say it was one of the more easy replacements I've had to do, since there were minimal components that had to be transferred over from the old to the new screen.

this is great - success - thank you. A little confusing between step 4 and 5 as I think you reverse angles on the photos - in step 4 the motherboard is right under where you have the opening tool and in step 5 you have the spudger on the other side.

one of the 2 screws from the bottom pinged across the room when I did this and I'm pretty sure I don't have any hope of finding it perhaps until I move house. Any ideas on where I can find another? UK based. replacebase doesn't have them. It works fine without, just would like it screwed together properly...

Followed these steps no problem. Only heads up: Make sure that the replacement screen you buy comes a speaker, or make sure you move your old one over. This step isn't shown in the above, and was required for me.

I think the guide could be a bit more completed. Its vague and doesn't seem like a full repair guide.