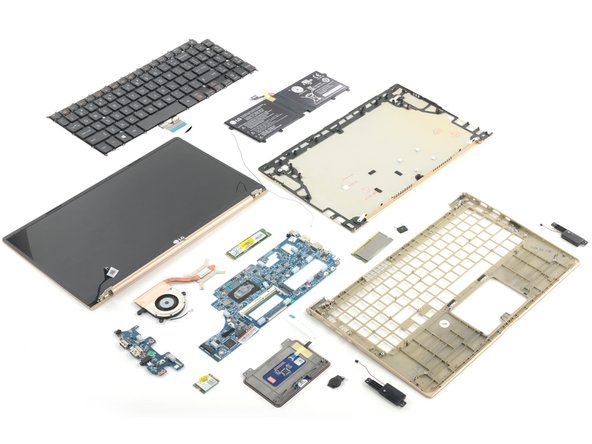 We disassembled the LG Gram 15" to see how the Surface/MacBook competitor stacks up.

Half the ram is solderded to the main board. You cannot upgrade to faster ram because of this. If i had know this in advance i would not have bought this laptop. So 9/10 is a bit high.

It appears that the screen is still in the case in the pictures here. Hopefully that can safely be taken apart too as I just ordered a replacement screen. Seeing that this example left the screen in the case, I would agree that 9/10 repairability might be high…

Hi, did you manage to replace the screen successfully?

Bought OEM battery from encompass and replaced battery within 1.5 hours. Notice the phillips head is not the average size. I improvised that step and the tweezers step with a pocket knife (8Cr13moV). For the disconnection of the battery from the motherboard, notice that you must pull the plug out towards the direction of the battery. Breakdown pictures were helpful.