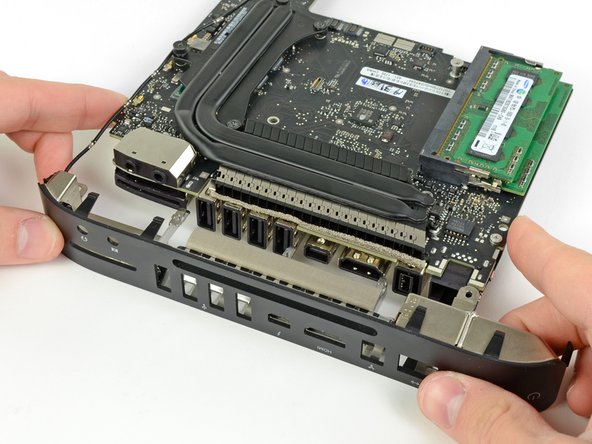 Use this guide to replace the I/O bezel and its integrated antennas. Replacing the I/O bezel will also give you a new power button.

Picture step 27, what are the 2 bare 60pin shining on the right of the data connection?

and the connector in the center of the motherboard? what is it for?

Couldn’t have done it without the iFixit guide. How do I know that? Because I tried! I’m pretty good at this stuff and have taken apart and rebuilt many a Mac. But for the life of me I could not figure out how to remove the bezel/I/O back panel. Thanks again to the folks at iFixit!