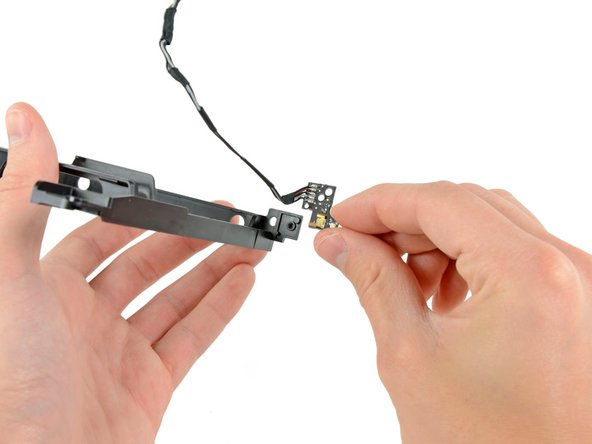 Use this guide to replace your mini's IR sensor/sleep LED assembly. Replacing this component requires removal of the logic board and most other components in your mini.

I'm about to embark on this journey. lol

Messed up the pins that go onto the board because I forgot to unpin it when upgrading the HD to an SSD.

Computer works fine, but no infrared, which I never use anyway, and no indicator light.

COMPUTER MUST BE PERFECT so I ordered the part from powerbookmedic.

Followed this very carefully, to install an SSD and replace a broken IR sensor and power lamp. A bit fiddly but worked perfectly..

where can i buy IR sensor?