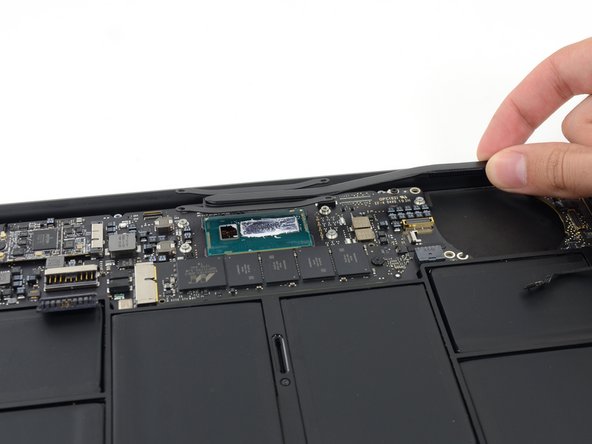 Use this guide to replace a damaged heat sink or to reapply its thermal paste.

Be sure to apply a new layer of thermal paste before reinstalling your heat sink.

you should seriously note the danger of the cpu screw holders. apple for some reason decided to attach the fricken screw receivers/standoffs via surface mount. they dont have a bottom cap either. use a screw slightly too long or turn too far and pop(screw pushes against motherboard and pops the holder off)... one corner is unable to be screwed in. ask me how i learned this...lol...I cant see how this design decision helps anything but apples wallet. the other side of the board has components smds as well so its not like a really short through hole was undo-able.

There is step missing between 3 and 4. There is another ribbon cable over fan that is still there in step 3 but gone in step 4.

The step 3 and 4, there should be a step removing the I/O cable. I/O cable must be removed or disassembled to access iSight camera cable. The I/O cable is covering the entire iSight cable, and without removing, accessing the iSight cable will extremely difficult.