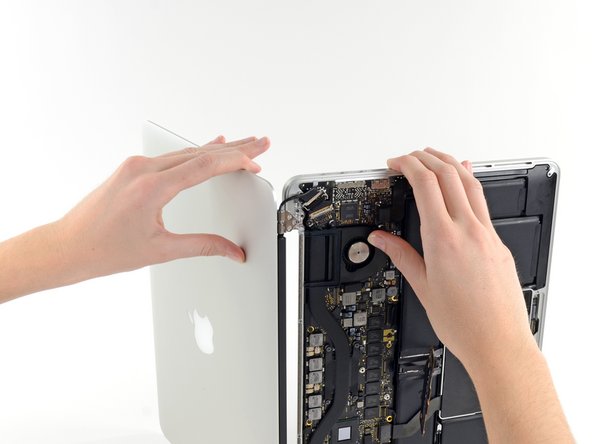 perfect tutorial! I fixed my screen completely destroyed falling down from my hands while a was falling asleep. Bought a new one on eBay (not original but perfect with the exception of the case slightly different in color and "texture".

This walkthrough/guide is PERFECT! I barely tinker with electronics, but the high cost of repair made me want to try to install a new display assembly myself. Bless you, Sam Lionheart!

This worked really well. The only issue I had was uninstalling the camera. The instructions to pull the data display cable parallel to logic board made sense in step 14. Unfortunately I didn't understand the similarities in step 10. Is it possible to repair the camera now that the slot is completely broken?

Walk through worked perfect. Did it twice. The first time was just to make sure that wasn’t anything disconnect or any wires damage. The second time was to replace the screen. Works perfect.

can I replace an damaged display of a MacBook Pro 13” late 2013 with a display from the early 2013 version?

I compared the high-def pictures of each cable connection and they seem to be identical, or am I wrong?

Thanks for the help.