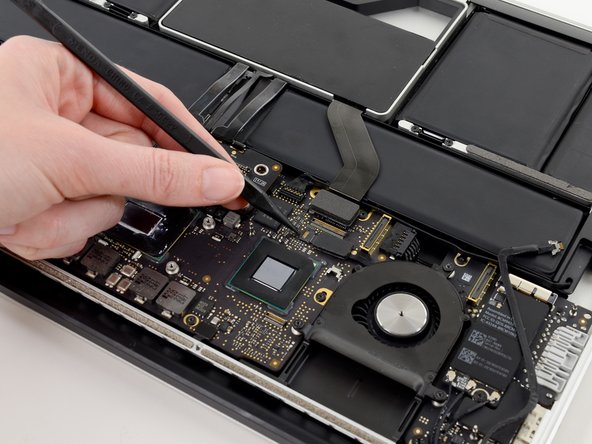 Use this guide to replace the right fan.

During reassembly, installing the shouldered screw in step 5 caused a shock and fried my computer.

Confused. It seems you are replacing the left fan. Why is it marked as the right fan? When the laptop is in the normal position I have a noisy right fan (under my right fingers). So do I need the left fan?

An explanation of which is the left and right fans would be useful.