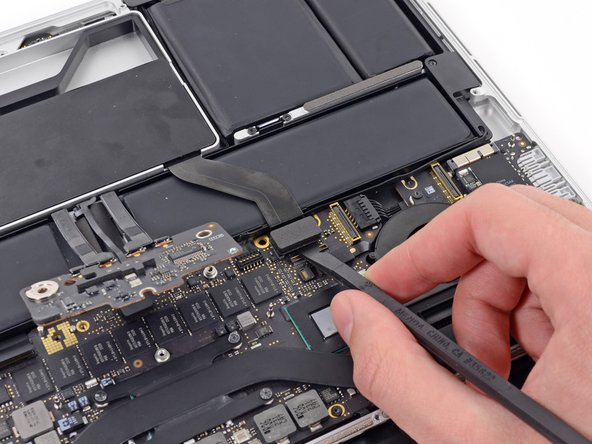 Use this guide to replace the right speaker.

Thanks for the steps, it worked. But now I am getting Wi-Fi- No hardware installed and Bluetooth Not available error

it worked but the cam is not working now :(

I was able to fix the right speaker using the solvent used to remove the battery provided by iFixit.

Thank you very much for the walkthrough. No problems to follow at all. Everything worked as a charm.

Thanks very much for the walkthrough. No problems at all. Everything working fine afterwards.

No need for T7 screwdriver here. However, you will need the P5.