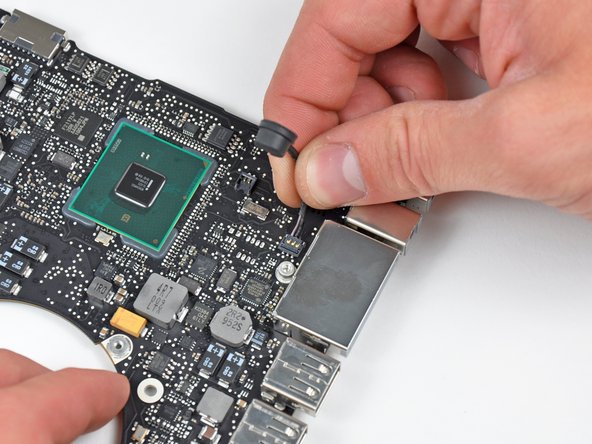 Replacing the microphone requires removal of the logic board.

hi everyone my MBP have red light in headphone jack what can i do ?? plz help me

Supposed I want to semi-permanently remove microphone functionality altogether at the hardware level, but not necessarily remove it (for the same privacy reasons as disconnecting the built in camera) . Is this the best way to do it, or is there another way that is not so extensive?