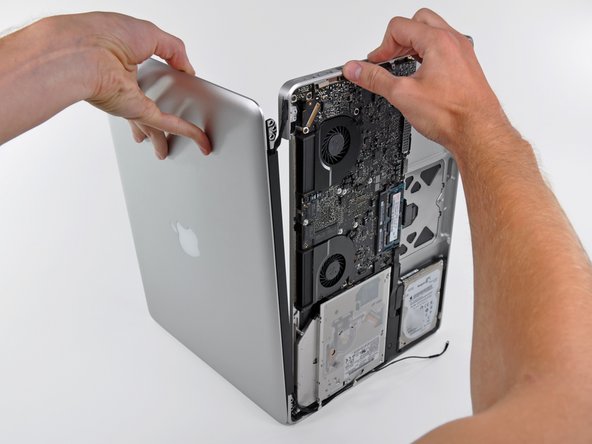 I am trying to put the display back together but I realised that the new display from ifix it has 3 cables to conect when only two spaces are available please advice ?

Are you talking about the antenna wires? The longest two go in the same track.

The video cable in my MacBook Pro is a bit frayed. This was caused by the hinges being loose or missing screws. I replaced/tightened all the screws, but because of the fraying, the video signal is degraded. It flickers, sometimes loses some colors, or loses half its pixels.

I can get a spare video cable from a junker, but I don't have the heat lamp and suction cups, and anyway am not sure I want to attempt to dissamble the display assembly. Are there any things I can do to improve the functioning of the video cable in place, without replacing it?

I did try wrapping the frayed cable in Sugru. It did not resolve the issue.

I have the exact same question: I would like to reuse the mid-2009 display on a 2010 mac book pro … I see the connections are slightly different: I don’t think the mid 2009 display has a dedicated wire for the camera (which I don’t necessary need at the end …) but I don’t know if the mid-2009 display is compatible with the 2010 motherboard ?