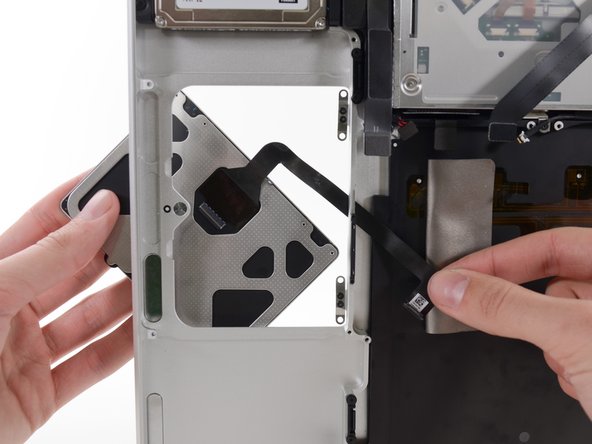 Has your MacBook Pro lost its magic touch? Bring it back with a new trackpad.

Dang - I did the same thing. Thankfully it was on the questionable logic board in the machine I was scavenging the “good” trackpad from, so I didn’t do the same to the good one. Overall, a very good set of instructions - thank you to the author.

Very easy process, one observation is that the holes which the screws that hold the battery in shattered, they're very brittle, had to hot glue my battery back in, double sided tape would have been better. Hardest part was the alignment of the new trackpad, but if you take your time to align it and use sellotape to hold it in place while you flip the MacBook and tighten it, everything will be all good.

Many thanks to the author

+ Test if your keyboard is working before attempting to reset either the PRAM/NVRAM and the System Management Controller (SMC), which, although not required, I would recommend doing after replacing a piece of hardware like the trackpad

+ Thanks for these instructions

Well, thanks for the good instructions…But (IMHO) if you only need to replace the trackpad and not the trackpad ribbon cable it is NOT necessary to follow all these steps, E.g. you do not have to remove logic board and all, just follow steps to remove battery, unscrew the trackpad, carefully remove cable on the trackpad side (the cable has also a connector there) and done. Then vice versa Maybe 20 minutes work.