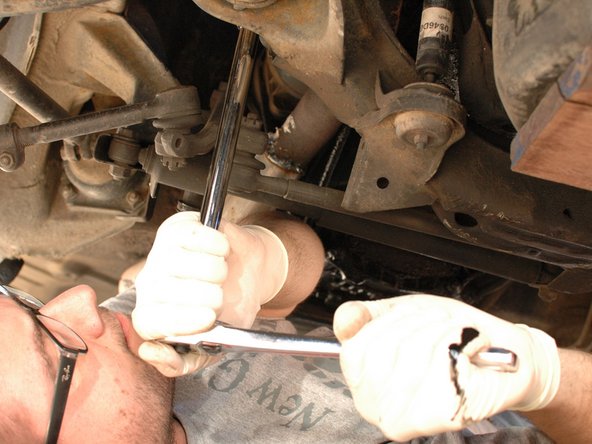 The motors on W123 cars are supported in the front by a pair of rubber motor mounts. The mounts attach the motor to the frame of the car while buffering the motor to prevent excess vibration from being felt by the driver.

When these mounts begin to compress and soften, with age and with deterioration from exposure to fluid leaks, increased vibration will be felt in the car. In addition, the motor will ride lower in the engine compartment and, in time, will lower to the point where the accessory belts may rub against critical parts like the oil cooler lines. This can lead to a leak in the line, loss of oil, and eventually catastrophic engine failure.

So as you can see, the mounts play a critical role in the operation of a W123. Replace your worn mounts early, before trouble starts.

Well written guide. Very easy job to do, took no time at all. Highly recommend doing the engine struts at the same time. I didn't have any issues with stripped bolts, little tip to make sure you don't is to start the allen key socket by hand and then give it a nice couple of taps with a hammer to really seat it in the bolt.

Matt, good points. Glad it went OK for you!

One other tip I've found has helped when doing other motor mount jobs, or any job that makes use of allen bolts, is to have an allen key/socket that fits very tightly in the head and that has a very flat tip so it sits as deeply in the head as possible. Too many allen sockets/keys are poorly made and aren't a good fit leading to increased chances of rounding out the inside of the allen bolt. I've taken to using a grinding wheel to flatten the tips of any all sockets that have a tapered tip.

Hello Thomas, thanks for the contribution.

However, that is untrue on the vast majority of W123's at least here in the US. The engine stop you mention is equipped only on very early W123's, and then only sporadically it seems. I've worked on a number of these from 1978 thru 1985 and none have been equipped with the engine stop.

From what I've been able to deduce from research, the cars that are most frequently equipped with these are early 240D's, pre-1980, and perhaps some gas engine cars which aren't very common here in the US.

So for the vast majority of people doing this job, they won't need to worry about the engine stop.

For those who do, they can refer to the factory manual on how to proceed and really they should because the manual notes a method for adjusting the engine placement on those cars equipped with an engine stop that is unique to those cars.

Thank you for the clarification. The 240D was made in January 1981. The manual mentioned the engine stop, but the picture was not clear where it was located. There was a drawing for a self made gauge, but not sure where it is used. Was able to remove the driver’s side engine mount and shock absorber but cannot install the new mounts. Almost destroyed the oil pan trying to lift the engine, but the chassis comes up with the engine. Finally installed the old parts back and took it to a Mercedes mechanic. He was the one who showed me the engine stop located at the back of oil pan. The area was dirty and the part was not readily visible. Lesson learned: clean the area first.