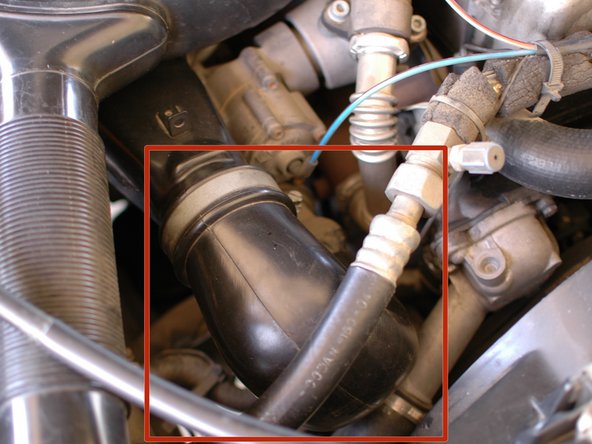 The seals on the turbo elbow are designed to keep unfiltered air from being sucked directly in to your turbo.

The top seal is renowned for being difficult to install and even seasoned mechanics install it in such a way that reduces its effectiveness. Replace yours, and install it properly!

Also, the lower seal on the turbo is prone to premature again due to exposure to heat from the turbo. It will dry out and become brittle, sealing less effectively.

In either case you could be letting unfiltered air reach your turbo. Help keep your turbo alive a lot longer by replacing these seals. Learn a few tricks, too, to make it easier.

Is it common to have oil pooling in this elbow? Maybe my oil separator is not doing its thing. Or maybe i have too much blow by. Either way, how much is an acceptable amount of oil here?