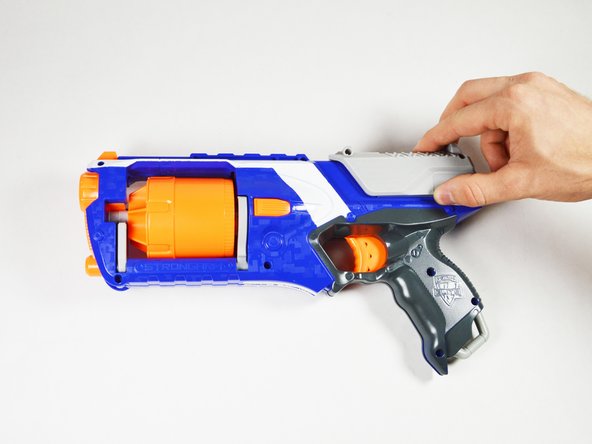 This guide is going to show you how to take apart the blaster to reach the spring that is located in cocking mechanism of the Nerf.

That screw holding the spring on the cocking mechanism, I accidently misplaced that, can you tell me what type of screw it is so I could buy a replacement.

Where does the locking tab in step 5 go

butt my spring was not damaged so whats wrong then?

The catch piece that catches the trigger slide broke when the kids dropped it while cocked. I tried gorrila gluing the very small platic nubs back on but they couldnt hold the spring pressure when cocked and broke again. Where can i buy parts?