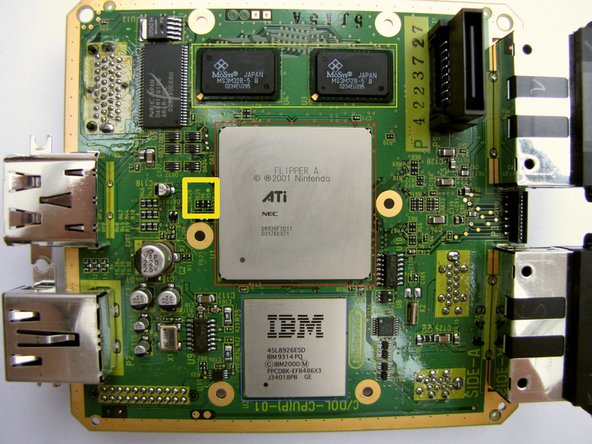 So, you bought a bad ass japanese import game for the GameCube, but your US formatted console won't play it. You're in luck! There's a simple mod you can do to switch back and forth between NTSC-U and NTSC-J.

great instructions, it really works but now how do i translate the japanese game (Muscle Champion KINNIKUZIMA NO Kessen

There is no way to translate the game itself unless there’s an English option in the game somewhere.

Hello, is there any way to switch my gamecube's region from Japan to US without Soldering? I want to keep my Gamecube in US mode and have no intention of switching between the two.

Without soldering? Not really, but you don’t need to install a switch to make a permanent jump to NTSC-U (US mode). See the red text note on step 15 about how to avoid making a permanent connection. Hope this helps!

What did you use for thermal paste replacement? Does it matter what kind?