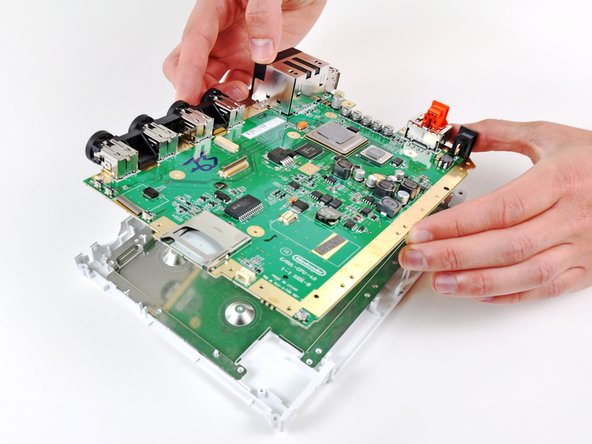 Use this guide to replace your Wii's motherboard. Replacing the motherboard requires removal of nearly every component inside the Wii.

Any idea if there is a common issue effecting these motherboards that causes them to fail? Perhaps I'm wondering if there is a best-practice method for determining where and/or why my Wii's MB failed (circuit tracing, component testing, soldered fuses, etc.). Upon lengthy inspection, I am unable to find any components with the usually noticeable burn marks, leaky/exploded capacitors, discolored parts or similar visual cues telling me why this MB failed.

And as a side note, I've already testing this Wii's power supply and it's 100%.

I just found this post about on-board fuses, but the other parts of my original question still apply.

If I determine it's a fuse-related issue, I'll post an update here.

Our WII unit was hit by a power surge…was not able to get it to work after that. Will motherboard replacement likely resolve most issues related to this?