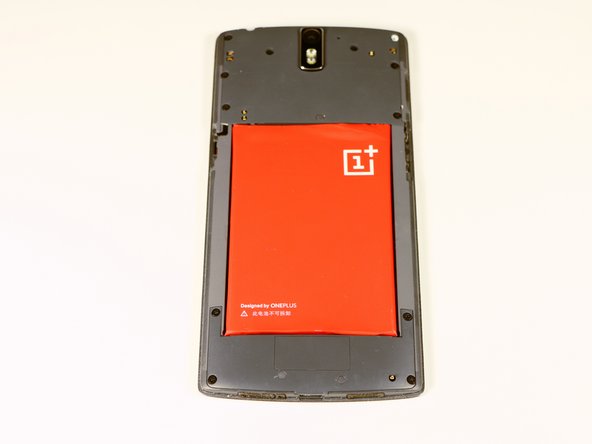 Even years after its release in 2014, the OnePlus One is a popular smartphone. However its built-in batteries will probably have worn out after all these years of usage.

Although the built-in batteries were not intentionally designed to be replaced by end-users, this is still possible. Replacement batteries are available through online shops. Some of them even maintain the original design of the OnePlus One batteries.

This guide will walk you step by step through the process of removing the batteries and give useful advices on the mentioned dfficulties. After you will have removed the battery, you can just plug in your own by executing the steps in reversed order.

The Apple iPhone sim ejector is not long enough to work on an OPO. A paper clip is a better option.

There will be a compatible battery with one pin OnePlus

Successfully accomplished, thanks to your clear instructions. One note: the adhesive on my unit was applied in about a quarter inch strip along the right underside of the battery as you view it from the back. Peeling up the left side allowed me to reach and release the adhesive on the opposite side with the spudger or knife blade.

Thank you! I use a slim (but not sharp) butter knife to nudge the battery out slowly by poking the adhesive tape along its length. It was a bit unnerving because I was afraid of damaging the soft battery. Worked out in the end.

One note to add is that the original battery connector's top was glued to the motherboard cover. I had to remove the battery before I could successfully sepearte the 2. My phone is still working and I'm charging it right now! :)

Thanks for the very detailed guide.