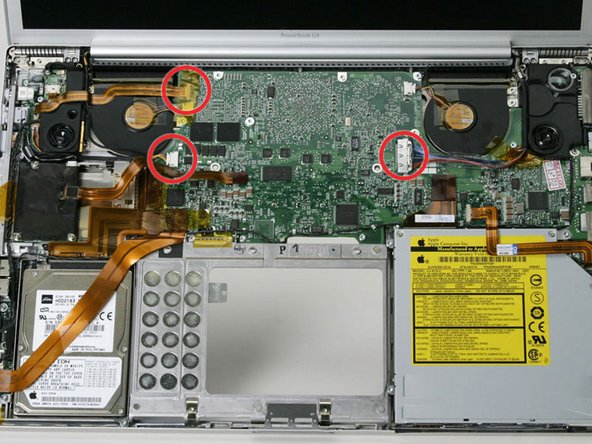 Change out the entire display assembly, including the inverter, Airport antenna, hinges and metal casing.

Excellent tutorial. We had a pair of these Macs side-by-side to swap keyboards and displays and it all came together perfectly. Your note about those little tabs on the hinges needing to point straight down is really important; otherwise the display's mount is a little off and it won't close properly. Took us a couple tries to get it right, but we're back in action.