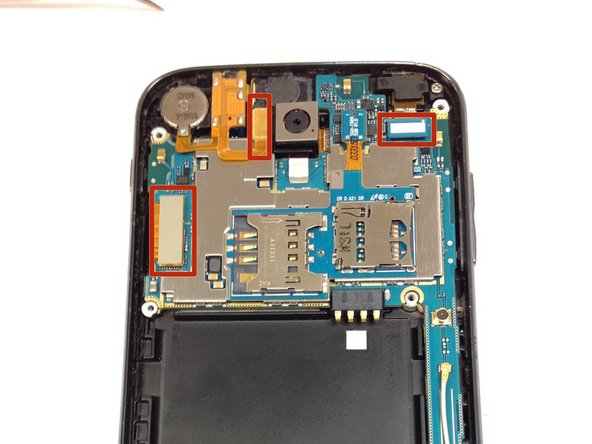 The motherboard of the phone is arguably the most important part. This device controls all functions of the phone and if damaged can require the replacement of the phone. While preforming any operation on the phone that requires touching the motherboard make sure that you are working on a solid surface. Be cautious and constantly touch the frame of the phone to discharge any static buildup from you body since even a small shock can cause harm to the motherboard.