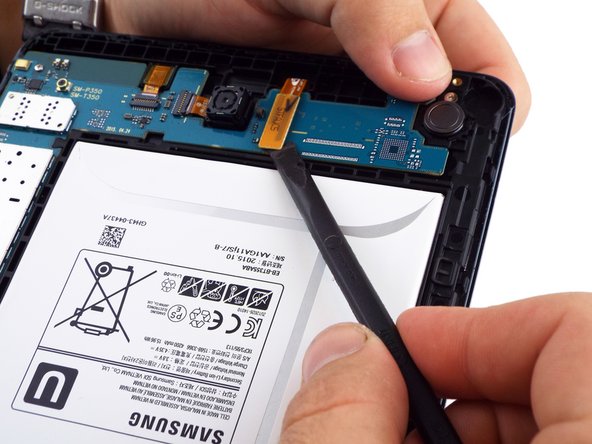 Where is the rest of this guide? Just stops after removing motherboard :[

It appears that it is intended to remove all parts from the case (battery and motherboard) and install them in a new body with a good screen attached.

After removing the motherboard, I continued with disassembly by following the iFixit guide for the Digitizer removal.

After removing the glass/digitizer, I was able to remove the LCD relatively easy by pushing it through the gaps on the back end of the frame. It appeared to not have any adhesive holding it in place. I was replacing the LCD and the digitizer in my case so I was I bit more careless with the removal of those components. I did place a bit of adhesive on the new LCD replacement and everything fit back snuggly.