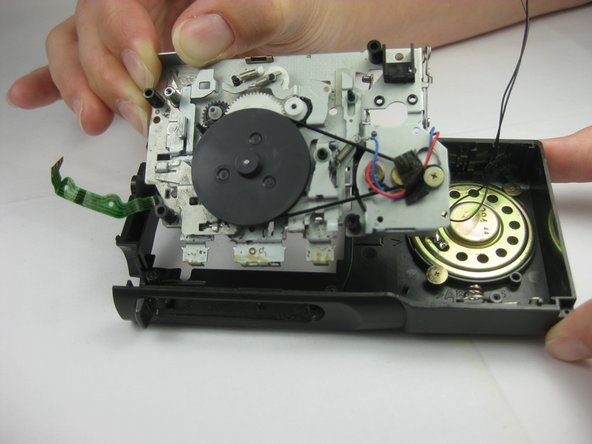 The mechanism deck is responsible for turning the tape at the correct speed so that your recordings record and playback properly. This guide shows you how to replace the mechanism deck and get your microcassette-corder back in working order.

I have to replace the capstan wheel of the driving mechanism. where do I get the above part? its Part NO. and app cost please. Thank you

I have cassettes, but recorder is not functioning for want of the capstan wheel of driving mechanism. Can you please help me with information

I would greatly appreciate receiving some info regarding where to get parts or a full mechanism deck replacement for Sony M-607V microcassette recorder. Also if it is possible to get a Service Manual with exploded views.

Thanks in advance for any help.