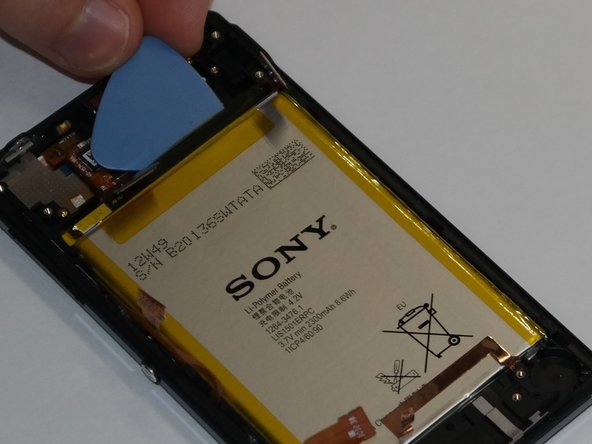 A common problem occurring in the ZL is that the phone will sometimes attempt to draw significant current from the battery, immediately shutting down the phone. Replacing a worn battery with a new one should help to reduce this problem, even if only temporarily (and by temporarily this could mean any number of months)

BEFORE READING THIS GUIDE, please be aware that by removing the backing of this phone, you are essentially REMOVING THE MOISTURE SEALS protecting your phone. No more dumping this one in water unless you want to get out the silicone gun and have some fun with it

Guide was precise to the point. Very well described. Thanks for this guide.

Thanks a lot for the super detailed process. Amazing work. I was disappointed when sony service center refused to replace the battery of the phone, saying that this model is "non repairable". Your article gives me hope for my phone. I will look for a local technician as I'm not confident enough that I'll won't screw up my phone. Thanks again for this wonderful article

Recognizing limitations is a big part of repair. At least having the information gives you an idea of what you're getting into.

Just as perfect as any guide can be. I read it twice, and felt very confident that I can do it. Replaced the battery of ZL on my own, after Service Center refused. Feeling proud on myself, but again, it wouldn't have been possible without this guide. Thank you so much.

where can i get a new battery for xperia ZL?