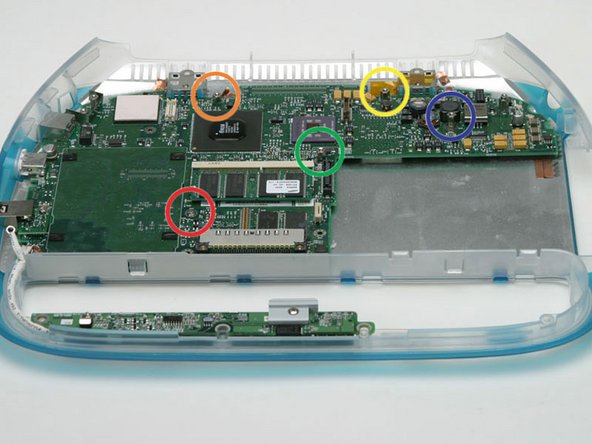 The motherboard includes all ports except the DC-In board.

Hi, Can anyone tell me if there is a 3v battery on the logic board, like in an iMac? My iBook has not been used in years and starts up and dies before completion! Any ideas!