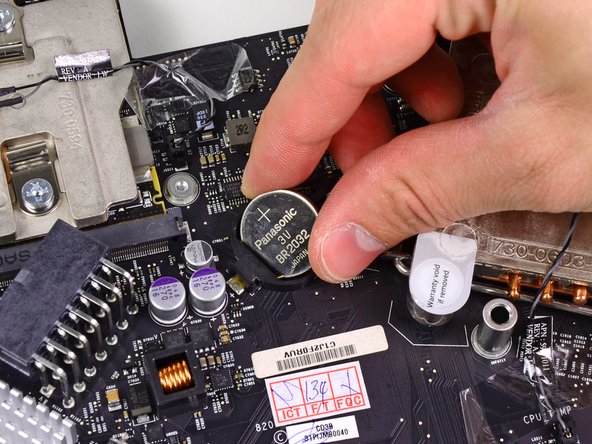 Use this guide to replace the PRAM battery.

Andrew, could a bad PRAM battery cause the iMac to not start at all? I just replaced the PSU, and still dead. I have an iMac A1311 EMC2389. Thanks.

I can’t believe Apple put the PRAM battery there! Prior iMac models had them very easily accessible just behind the LCD screen. I just did a SSD install for someone and was going to replace the battery while I was at it. Not going to take a chance of breaking something in the process.

Me either. It’s ridiculous. Insures business at the repair center.