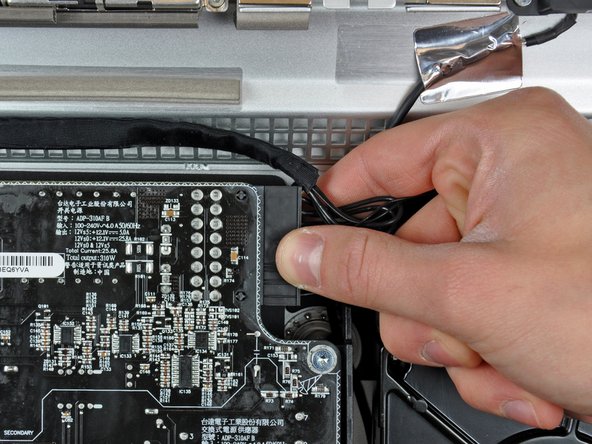 Use this guide to replace a faulty power supply.

That's ok now ! I've had to repair the iMac twice because the Power Supply Unit was also out. At the beginning of the problem, the power button didn't work, but sometimes it worked. For instance if the iMac was stopped for several hours, or days ! Then, it was more and more frequent. I have supposed that some large capacitors on the PSU were too old and wrong. Could it be the reason ?

Many thanks to Ifix-It Europe : they have sent a new PSU very quickly. This 2nd repair took me about 45'.

I do now have an issue. When all reassembled I now have now power at all. Suggestions or causes?

It looks like you’ve made it very easy to follow, but I haven’t started yet!!! Can anyone tell me if these steps are the same for replacing the power supply for a 27" A1316 LED display screen. Thanks.

Thanks for the walk through, it worked like a charm!